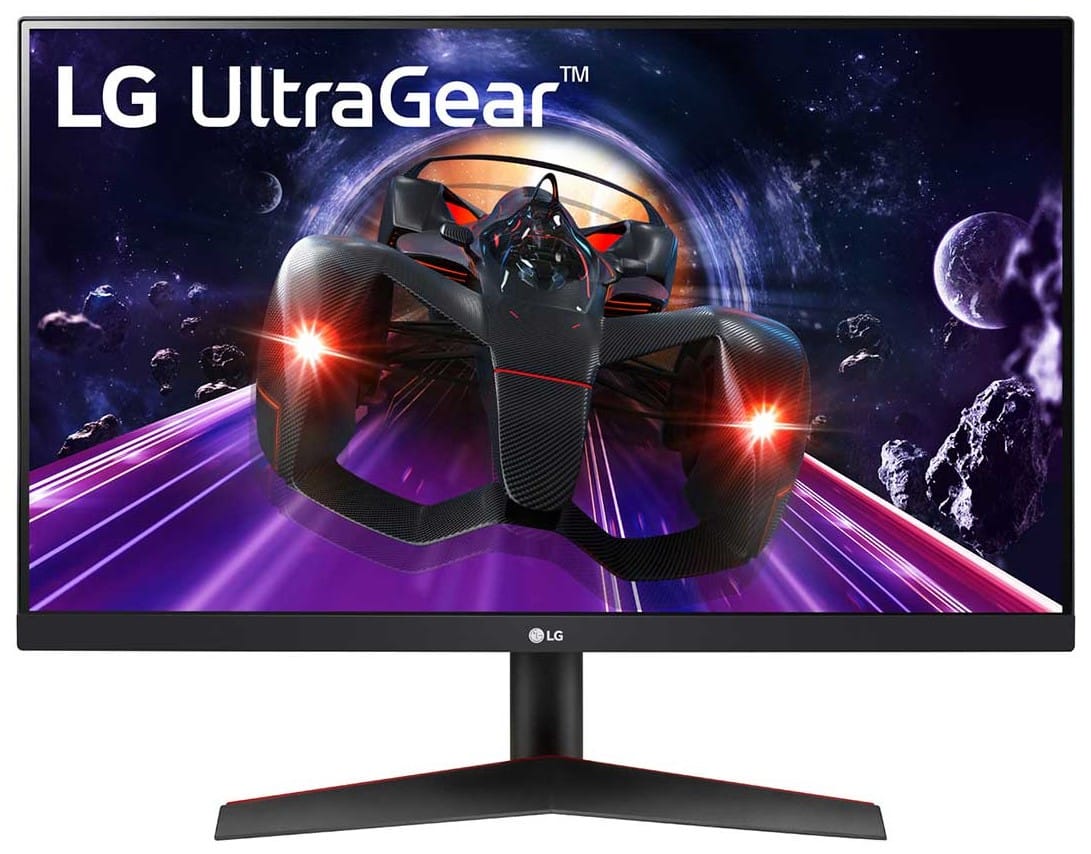 The LG 24GN600-B is a frameless gaming monitor that’s designed to be fast and responsive but without the associated price premium. It is not equipped like the AOC 24G2, but it’s slightly cheaper to make it enticing for budget builders and gamers. Let’s see if the LG 24GN600-B’s performance can offer reliable gaming performance in a budget-friendly package. 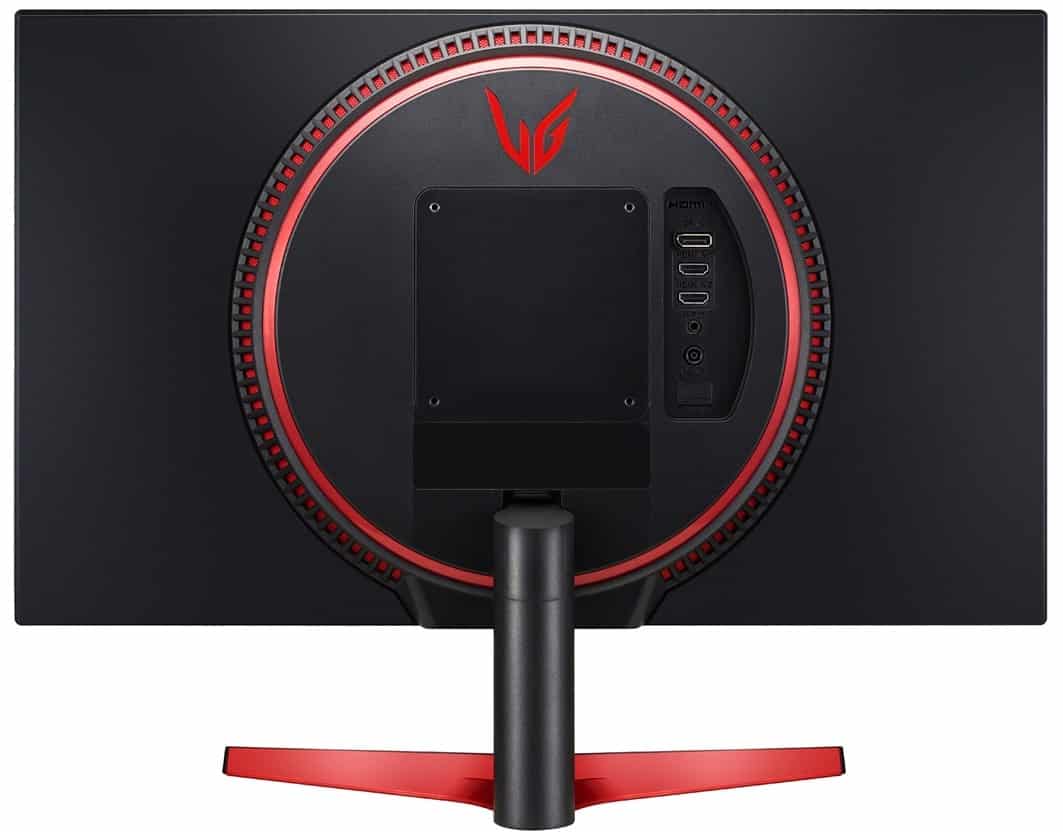 The LG 24GN600-B is a budget model, but it still has the UltraGear aesthetic even if it is not as feature-packed as its premium siblings. The device has a matte black chassis with red streaks in discrete spots to portray its gamer-centric character. The display is bezel-free on three sides so you can enjoy your games without any distractions.

It’s a compact monitor by today’s standards, so it’s easy to move around or bring along with you to LAN parties. It only weighs 8.6 pounds so you won’t need assistance while setting it up on your desk. It only needs 7.1 inches of depth, unlike the other UltraGear monitors which have oversized stands.

Build quality is decent for the LG 24GN60-B even if it is a budget model, so you don’t have to worry about breakage. The device is blemish-free when it was unboxed and there were no signs of poor craftsmanship like uneven seams. The stand is firm enough to prevent wobbling so it will only happen if you accidentally nudge the screen.

We like that the LG 24GN600-B has an OSD joystick instead of buttons which are more common on budget models. Its also compatible with the brand’s OnScreen Control app which lets you tweaks some settings directly in your OS. You can usually find this level of convenience with premium models, so we’re glad LG is trickling it down to their lower-priced offerings.

The stand included with the package is its main weakness since it only offers a limited range of tilt for ergonomics. The display also sits low, so taller users might need a few books to prop it up and get it perfectly lined up. You can opt for VESA mounts, but there are some models like the AOC 24G2 which have adjustable stands for a few more backs. 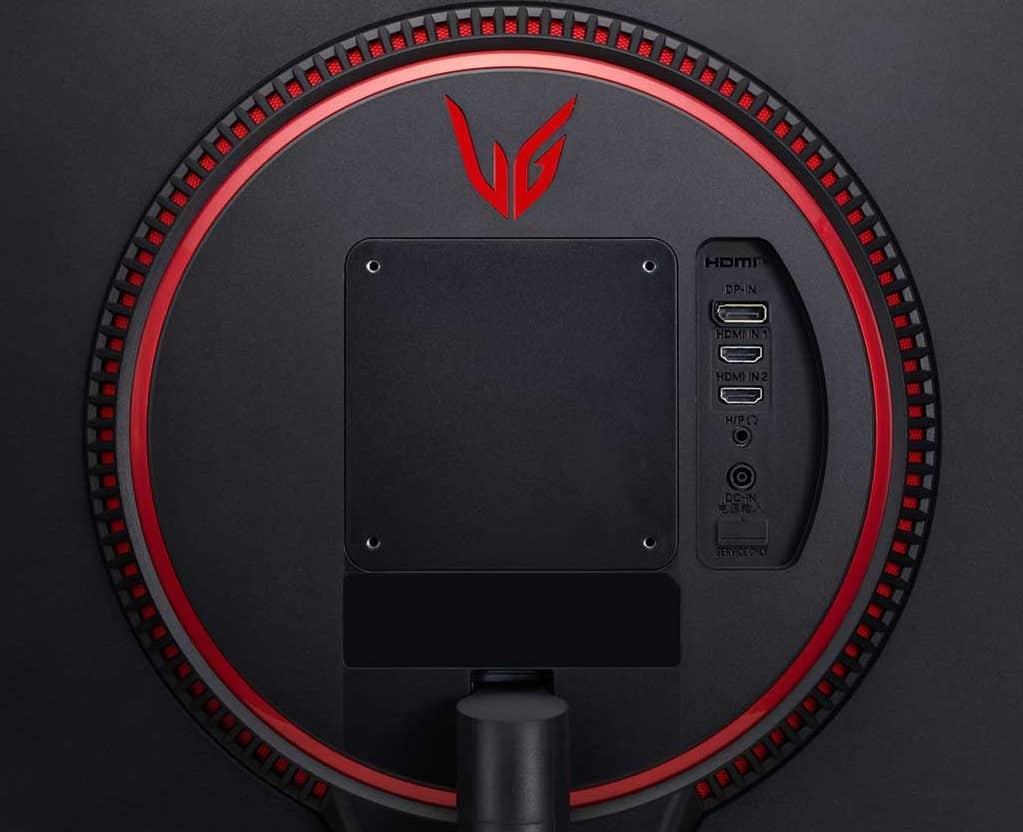 Its layout gets stripped as well to help with lowering the manufacturing and material costs to keep its SRP in check. However, you still get DisplayPort 1.4 and two HDMI 2.0 slots, plus a 3.5mm jack for headphones. You can run your PC and the latest consoles with their 120Hz 1080p performance modes with that setup.

You also don’t get speakers with this model since those will also affect the final list price and push the monitor to compete with higher-tiered models. That’s forgivable since you are saving money, and gaming headsets will be better for concentration anyway.

The LG 24GN600-B sports a 24-inch IPS panel with a 1920 x 1080 resolution, a 144Hz refresh rate, and a 1ms boosted response time. The backlight goes up to 300 cd/m2 while the contrast ratio is listed at 1000:1 like most IPS panels. This model still mentions HDR even it is not certified, but that’s only to indicate that it can accept and translate HDR10 signals.

This model offers the current standard for competitive gaming, and we know many users are accustomed to 24-inch 1080p screens. It is also easy to run games at high refresh rates with lower-tiered cards so you don’t have to spend more on your build. Its also a fact that 1080p monitors are great for office work and general use since visibility and legibility is excellent.

The LG 24GN600-B renders 99% sRGB and 78% DCI-P3 which falls within the standard vibrancy for competitive gaming monitors. Its default accuracy has a deltaE average of 1.51 which is excellent for a budget gaming model. It looks like this model was pre-calibrated just like LG’s more expensive offerings.

Calibrating it reduced that dE average further to 0.67 which is something that you could get from a prosumer variant. However, a result like this needs a colorimeter which costs as much as the monitor itself. We can only recommend getting one if you work in editing or content creation, but it would probably be better if you get a higher model that’s designed for that purpose instead.

Its backlight reached a healthy 357 cd/m2 at 100% so it can fight off glare in rooms with natural illumination during the day. Its contrast is another story since it only managed 801:1 at 50% brightness, indicating that the monitor can’t produce deep blacks. It’s a known limitation of IPS panels, and going with VA or the more expensive OLED panels

Panel uniformity for the LG 24GN600-B is decent since there were no major backlight leaks or clouding issues on the screen. There is some variance in the upper edge so it looks dimmer in dark scenes compared to the center. Note that this changes between every unit, so there are better and worse ones out there.

The LG 24GN600-B works just as well as the other Fast-IPS models around when it comes to pixel response times. The screen is still prone to minimal blurring, but its overdrive solves that when it’s set to the Fast level. The monitor works great for competitive gaming or E-Sports where skill matters more than the cost of your gaming setup.

The LG 24GN600-B is compatible with FreeSync and G-Sync so you don’t have to lose VRR support if you have one GPU brand or the other. This is handy nowadays since video card pricing and availability are skewed, so it is possible to get one from the brand you didn’t originally plan for. Input lag sits at 4ms at 144Hz, so there is no need to worry about delays while gaming.

The LG 24GN600-B is a great pick if you are on the hunt for an inexpensive gaming monitor without sacrificing performance. It’s accurate and fast, so games will always look good and smooth whether it’s competitive or casual. The best part about this monitor is its price, but note that it also comes with limitations that helped with that.

You also have to think about the specifications that you are sacrificing if you go with this budget model. Some can’t live without adjustable stands, while others find USB ports to be essential for clean and cable-free setups. However, the LG 24GN600-B is still a great choice if you can set these minor issues aside based on its capabilities for gaming and general imaging. 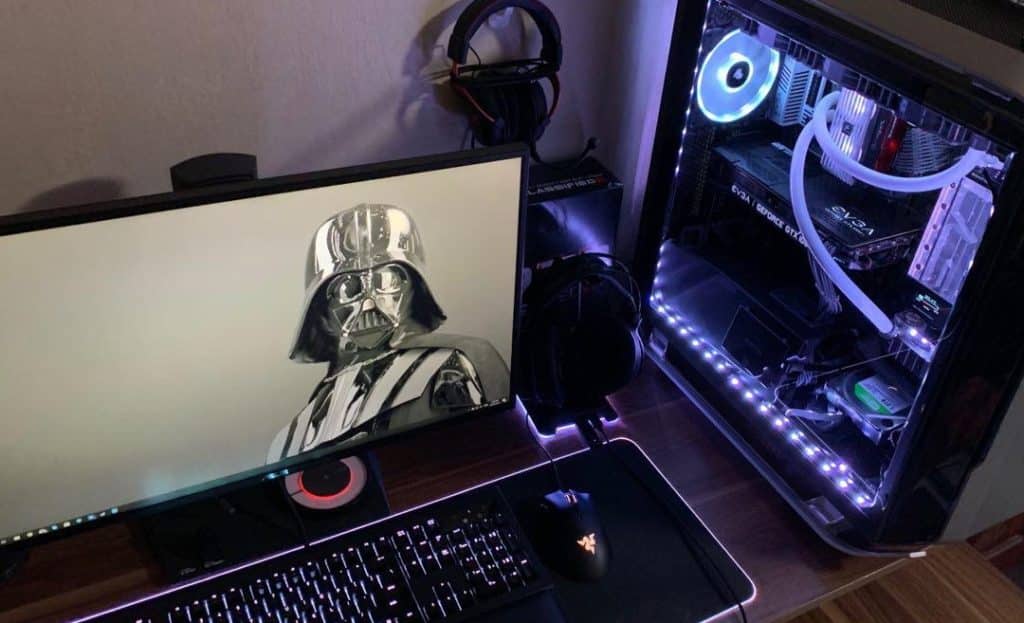 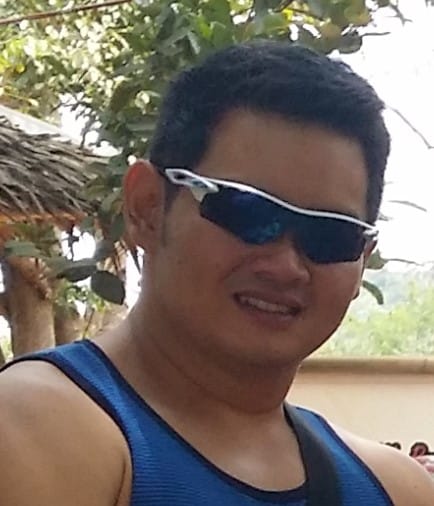 Paolo is a gaming veteran since the golden days of Doom and Warcraft and has been building gaming systems for family, friends, and colleagues since junior high. High-performance monitors are one of his fixations and he believes that it’s every citizen’s right to enjoy one. He has gone through several pieces of hardware in pursuit of every bit of performance gain, much to the dismay of his wallet. He now works with Monitornerds to scrutinize the latest gear to create reviews that accentuate the seldom explained aspects of a PC monitor.