The Samsung Galaxy A9 Pro no doubt is a very powerful, classy looking and loaded handset. Battery life is awesome, though the handset is a bit heavy. If you are 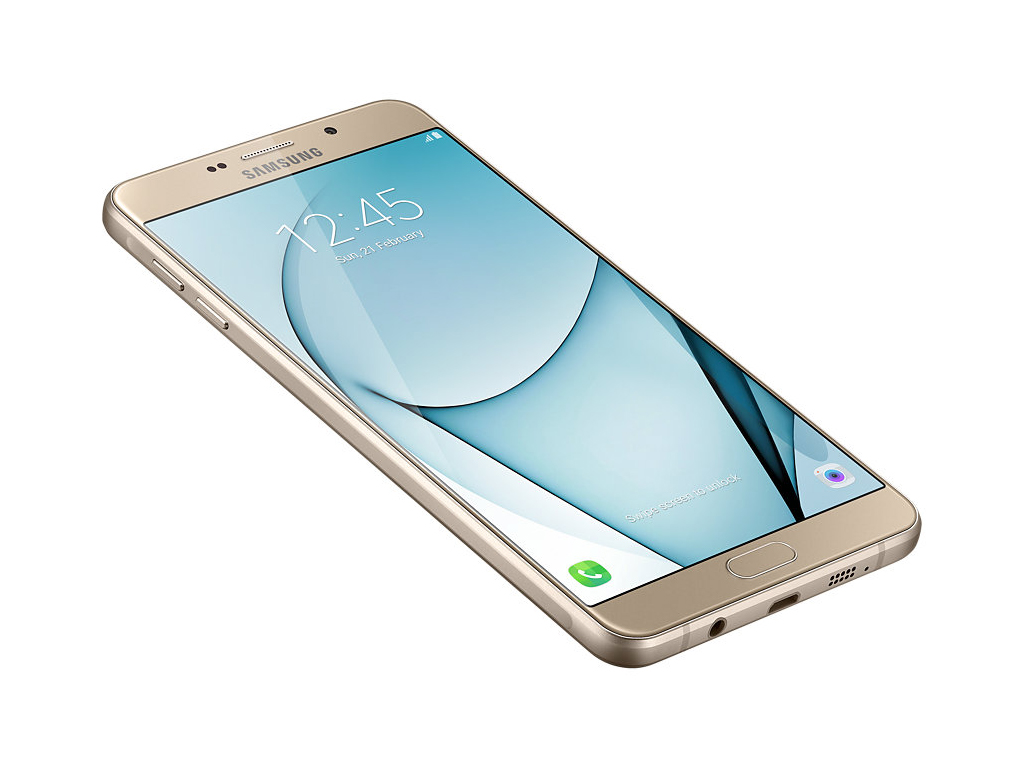 Reviews for the Samsung Galaxy A9 Pro

Model: With the debut of the Samsung Galaxy A9 Pro, Samsung appears to be targeting a specific set of users – those who are always traveling and hate charging their smartphones every now and then. In essence, the A9 Pro’s body consists of a combination of glass and metal. The front and back panel are protected by Gorilla Glass 4, and joined together by a metal frame. Its size is 80.9 x 161.7 x 7.9 mm and its weighs about 210 g. The A9 Pro feels sturdy but quite hefty in the hands because of its large screen display and battery. This makes it impossible to use this device with one hand only. Samsung’s display prowess makes itself known once more on the A9 Pro’s 6-inch super AMOLED screen, with Full HD resolution (1920 x 1080 pixels) and excellent viewing angles even in outdoor use under the bright sunny weather. Samsung claims that the A9 Pro is has 100% color reproduction capabilities, making images and videos look more natural. The A9 Pro also boasts a color depth of 16M, ensuring brighter and more vivid images with deeper blacks and more saturated colors.

The size of the bezel has been narrowed to make the screen appear bigger and a tad more immersive for the users. There is a physical Home button located below the display that doubles as a fingerprint sensor. The most defining trait of the A9 Pro is its massive 5000 mAh battery, which adds several more hours in battery endurance. With the new longer lasting battery, Samsung has promised an internet usage time (3G) of up to 17 hours, video a playback time of up to 26 hours, and a talk time of up to 33 hours. The long lasting battery is also supported by fast charging technology, which reduces the charging time. The A9 Pro comes with Android 6.0 Marshmallow out of the box. At the heart of the device are a 64 bit octa-core Qualcomm Snapdragon 652 processor and 4 GB RAM. This translates to the A9 Pro being well-equipped to handle everyday tasks with ease, such as being able to smoothly open, close and switch between apps, with minimal lag or stutters. It has 32 GB of internal storage that can be expanded by up to 256 GB via a microSD card, more than enough to satisfy the virtual hoarder. Samsung has also furnished the A9 Pro with a 16 MP rear camera and a 8 MP front camera. The f/1.9 aperture lens allows low-light photography, while optical image stabilization (OIS) technology helps to reduce blur in all photos and videos captured by the device. The phone can record 4K videos in 1080p resolution @ 30 fps.

Only some 3D games with very low demands are playable with these cards.

» Further information can be found in our Comparison of Mobile Graphics Cards and the corresponding Benchmark List.

652 MSM8976: Upper middle class ARM based SoC with 8 CPU cores (64 Bit Cortex A72 and A53 mixture) and a Adreno 510 GPU.» Further information can be found in our Comparison of Mobile Processsors.

This display is quite big for a smartphone but frequently used for smartphones.

Large display-sizes allow higher resolutions. So, details like letters are bigger. On the other hand, the power consumption is lower with small screen diagonals and the devices are smaller, more lightweight and cheaper.

» To find out how fine a display is, see our DPI List.

This weight is typical for smartphones.

In 2016 Samsung slipped into a crisis due to exploding smartphone batteries and a failed recall action.

80%: This rating is not convincing. The laptop is evaluated below average, this is not really a recommendation for purchase.

» Further information can be found in our Notebook Purchase Guide.